This year I have the pleasure of returning as a Program Chair for Agile 2017. With that honor, I have the difficult task of selecting a program team for the People Program. This team consists of eight track chairs that work in pairs to review submissions, coach submitters, and provide recommendations for the final program.

I am happy to announce the People Program for Agile 2017:

Open Jam also has a chair – the person that plans and facilitates that space before and during the entire conference week. As an extra “track,” this falls under my direction. I am pleased to announce that Olaf Lewitz (@olaflewitz) is returning in that role for Agile 2017.

If you’re curious, we select track chairs based on a number of factors.
• Individuals with the knowledge, passion and availability to recommend the best submissions for inclusion into the program.
• Prior experience as a track chair and/or reviewer (required).
• Recommendations and feedback from prior track, program, and/or conference chairs.
• Ensuring we have a good mix of returning and new people. (To support this, we restrict returning track chairs to three consecutive track chair rotations.)
• Ensuring diversity on the program and, as best as possible, for each track.

This is a time-consuming job and I am grateful to each of these folks for committing to the undertaking of it. This community is built on the sharing of ourselves, which includes our ideas and our time. And these folks embody that. I am proud to be in their company.

*Note: If you have interest in getting involved, be sure to talk to someone about being a reviewer. We can’t guarantee it, but we try to find spots for everyone who wants to help. It really does take a village. ☺
Email ThisBlogThis!Share to TwitterShare to FacebookShare to Pinterest
No comments:

Silence is Not Always Golden

I had a challenging experience at a workshop last year. During a large group debrief of an exercise, the course facilitator instructed me to be quiet. I had a strong emotional reaction to his rebuke. (You can read more in this previous post.)

I was angry. At him, at myself for not dealing with it better and at another group which I didn’t expect...my classmates. Let me explain.

Within moments of my return to class, a couple of peers texted me from across the room, asking if I was okay. At lunch, others shared their anger at the encounter. One told me that he was probably angrier than me – to which I responded that that was highly unlikely. I received nothing but support from these new friends. So why was I angry with them?

Two reasons: silence and hero worship. Both of which I was guilty, too. 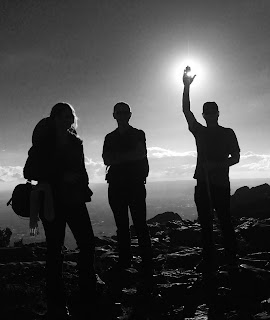 After the encounter, no one stood up and said, “I don’t think Diane should be silenced.” Or “I would like to hear what Diane has to say.” Or even a polite raise of the hand and “I think every attendee should be allowed to share their ideas.” I was on my own and completely unprepared to respond. How I wish someone would have responded for me. Silence is not always golden.

I can guess one reason for the silence. Each participant came to this class because they admired, respected, or idolized this instructor. He is an iconic figure and we flocked there to listen to his words of wisdom. Throughout the week, when he cut people off or snapped at individuals during the class exercises, there was a sense that maybe he was trying to teach us something.

It was as if we assumed that everything he said was intentional. We looked the other way because he was being rude for your benefit, to help you learn something. A few eyebrows were raised here and there, but no one challenged his methods. That’s one of the dangers of hero worship: the glow from their aura blinds us. We doubted our inner voices that said something was wrong. We remained silent.

After this specific interaction, my opinion of the instructor was shattered. Any pedestal I may have created for him was cracked to bits. I didn’t care what books he wrote or how life-changing his advice had been to others. I saw a bully. A man who felt that intimidation was appropriate for the classroom.

But not my classmates. For the rest of the week, they still hung on his every word. They still signed up for lunch with him and treated it like a religious experience. They waited after class to have a few more moments with the “legend.”

These were the same people who told me how wrong he treated me. The same people who said they felt that his actions were inhibiting others from participating fully in class out of fear of being “yelled at.” How could they hold two contradictory opinions of the same person?

It turns out that when we admire people, it’s easy for us to excuse their behavior. Explained simply, if their behavior does not align with our values, our brains are fairly good at resolving the cognitive dissonance by rationalizing their actions. [Read more.]. When we have the opportunity to gain their favor, or reduce their criticism toward us, we make even more excuses. (A little too similar to Stockholm Syndrome, if you ask me.)

Why does it matter? Because every time we ignore the bullying behavior and seek these heroes’ knowledge or approval instead, we feed the fire of their egos. Just read Twitter if you want examples of this. I’ve seen too many industry “thought-leaders” belittle folks for having a different opinion. These are the worst kind of bullies because they have noble intent (self-identified, of course: they think they are helping the rest of us by bestowing their “wisdom” upon us.)

So were my peers wrong? No, I guess not. They got their money’s worth from the class and hopefully learned what they wanted. Am I frustrated because another self-righteous "hero" got feedback that he can say what he wants and still be revered? Yes, I am.

I realize that one person speaking up or choosing NOT to elicit wisdom from these types won’t snuff out their egos. But what else will? Our time and attention is fuel and we should thoughtfully consider which fires we feed and which we allow to burn out.

“Always stand for what is right, even if you are standing alone.” - Unknown

Standing up for what is right is character building. It’s also confidence-building, relationship-building and community-building, among other things. While these big-ego types are interested in tearing people down, we each have the power to build people up. And when you stand up for what is right, you might just become a real hero to someone who needs one.

*** Note: I’ve considered that maybe he’s not a bully. Maybe he was just having a bad day. (Emphasis added to irritate him if he ever reads this.) But if he was ill or otherwise incapable of remaining professional, then I believe he should have excused himself from the exercise. As an instructor, that is a tough call to make, but it is our professional responsibility.
Email ThisBlogThis!Share to TwitterShare to FacebookShare to Pinterest
2 comments: